The Story of Jack the Baboon, the Monkey Pulling the Train Signal Lever in Capetown South Africa 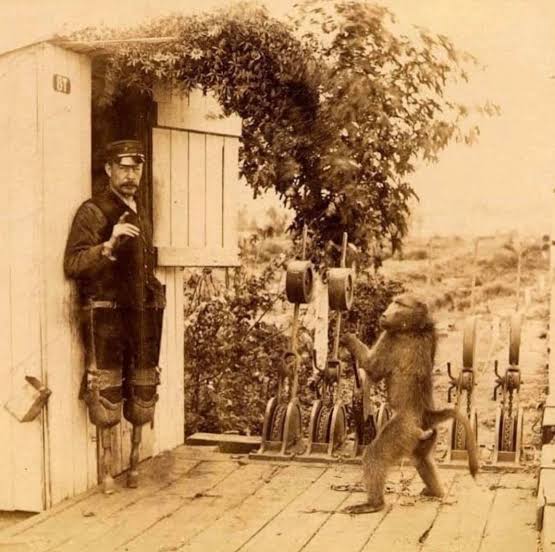 Mr. James Jumper Wide works for the Cape Town Harbor Authority Rail Service. He was a signaling person who developed a habit of jumping from one carriage to another, and occasionally swinging from carriage to carriage. One day in 1887 he misjudged his jump and fell under a moving train.

Even though he survived the accident, his leg was severed from the train's large metal wheel. Shaken but not dismayed, Jumper made two legs out of wooden pegs and worked at the Uitenhage train station.

One afternoon, Jumper visited the bustling market in Uitenhage. he noticed something unusual. A baboon rides an ox cart. Jumper is impressed by his intelligence and asks the baboon owner to sell the baboon to him.

He is a beloved character in South Africa. His skull is housed at the Albany Museum in Grahamstown, South Africa.