Home » animal » Story » unique fact » The Story of Babiya, a Vegetarian Crocodile Guard Temple in India Who Doesn't Like Meat

The Story of Babiya, a Vegetarian Crocodile Guard Temple in India Who Doesn't Like Meat 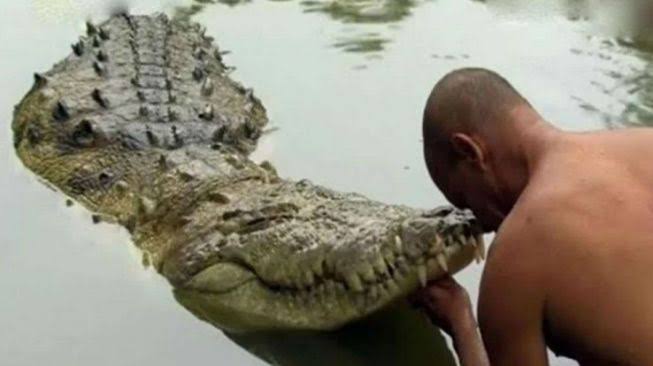 Different from crocodiles in general, this crocodile named Babiya in India does not eat meat, but vegetables or other non-meat foods. This babiya is known as a crocodile that inhabits lake Ananthapura Temple Kerala, India.

Quoting from the Times of India, Babiya is believed to have been guarding the temple near Ananthapura for about 60 years. The average lifespan of a crocodile is known to be long, between 50 and 70 years. There are even crocodiles that are up to 100 years old, but are rarely found.

According to local folklore, Babiya only eats temple prasad made of rice and jaggery (non-centrifugal sugar), and does not kill any living things, including fish in the lake.

This fact was also confirmed by the guardian of the temple. Babiya is strictly vegetarian and is fed every day after the noon services at the temple.