Getting to Know the Penis Fish That Stirs California Beaches 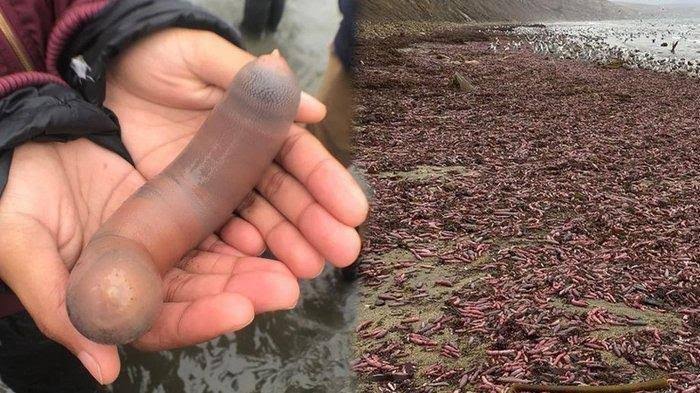 The marine biota with the Latin name Urechis caupo or often called the 'penis fish' because it looks like a male genitalia, has gone viral on social media. Fish penis is actually a worm that had filled the beach in San Francisco, California, United States (US) because it was swept away by a storm.

The penis fish was spotted on Drake Beach, 80 km from San Francisco. Penis fish are often referred to as 'fat innkeepers'.

Fish penis itself is found in California. The penis fish, called gaebul in South Korea, is popular because it is believed to increase sexual desire.

Reporting from Bay Nature, the liquid is shaped like a jellyfish carcass that can trap plankton, bacteria, and other marine biota. Meanwhile, the burrows made by penis fish can also be used by crabs and shrimp.

Penis fish can live long enough to reach 25 years. Penis fish are recorded in fossils that are 300 years old.