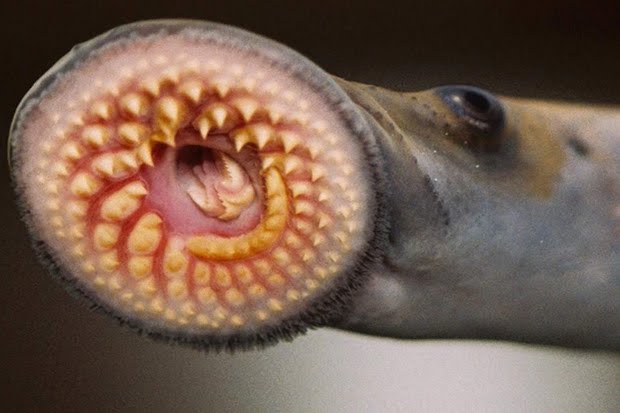 The blood-sucking fish is not a figment because scientists recently managed to find it again after being lost for two decades. This ancient fish named lamprey was re-discovered in Australia's Murray River.

Quoted from News.co.au, lampreys almost became extinct after Australia experienced a severe drought from 2001 to 2009. This drought caused the Lower Murray river system to be cut off for more than three years.

“After the drought, we really struggled to find lampreys. We are concerned about losing some species of lamprey from the Murray-Darling Valley,” said Adrienne Rumbelow, Department of Environment and Water Program leader for Coorong, Lower Lakes and Murray Mouth.

But after monitoring for several years, researchers found the blood-sucking fish again in the Murray River. The Department of Environment and Water noted that 91 marsupial lampreys and four short-headed lampreys swam from South Australia's Coorong through the Murray River system between July and October last year.

"This is the highest number of ancient and native species ever monitored in Australia during the winter season," he said.

The ecosystem on the Murray River is now gradually returning to normal so that lampreys can continue to breed. As is known, lampreys are anadromous fish that migrate from the sea to freshwater rivers to lay their eggs.

The Murray-Darling Basin Authority describes the shape of a medium-sized, slender and elongated marsupial lamprey, with an eel-like body without scales with an adult length ranging between 50cm and 70cm.

"Lamprey has no jaws but has a mouth like a disc with blunt teeth resembling an irregular spiral and looks scary," he said.

To survive, lampreys feed on the blood and flesh of larger fish in the sea. "Lampreys use their teeth to attach themselves to larger fish, make holes and then feed on blood and fluids and even bits of flesh," said South Australian Research and Development Institute researcher Chris Bice.

Lampreys are known to only forage in the sea. These fish will migrate to freshwater rivers to lay their eggs and start to stop eating. "So even though they look a little scary, they're not dangerous to humans," he said.