Home » places » unique fact » With 85 characters, this place name is one of the longest in the world.

With 85 characters, this place name is one of the longest in the world. 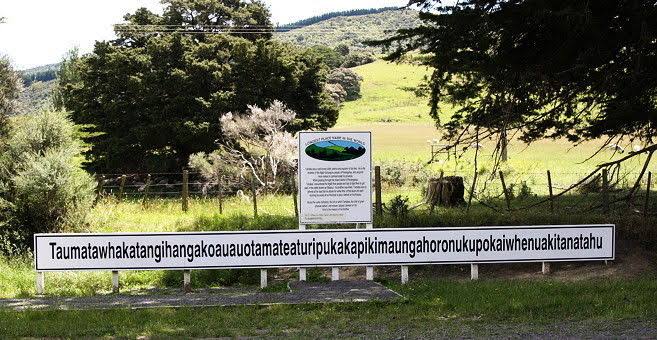 With 85 characters, this place name is one of the longest in the world.

Near Porangahau in Hawke's Bay is a simple hill known as "Taumata whakatangi hangakoauau o tamatea turi pukakapiki maunga horo nuku pokai whenua kitanatahu", which translates into english as "the place where Tamatea, the man with the big knees, who slides, climbs.

" and swallows the mountains, known as the 'earth-eater', plays the flute for his beloved lover."

One day, while traveling through the Porangahau ridge, he was confronted by another tribe and had to fight with them to get through. In that fight his brother was killed.

Tamatea was so saddened by the death of her brother that she remained at the site of the battlefield for several days.

Every morning he would sit on the hill and play a wailing song on the koauau or Maori flute.

You can find the hill by driving south from Waipukurau for about 55 kilometers, turning right on Wimbledon Road.

A sign showing the name of the location about five kilometers along the road. This is a great opportunity to take photos. The place where the incident occurred is privately owned land, so permission is required before you can step inside.